Internet for the people. By the People.

Internet for the people. 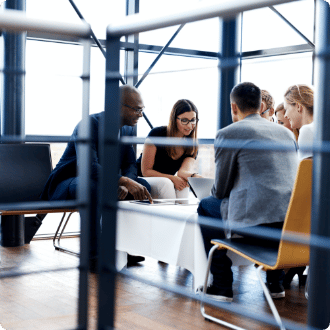 The internet has become the backbone for everything we do. Our productivity, entertainment, education, work, and even our appliances rely on a quality connection to a high-speed internet service.

Just like you, we’ve experienced spotty, slow, overpriced internet service. Service provided by big internet companies that offer poor customer service and only care about their bottom line. With little to no choice for a better internet provider, we thought to ourselves, “there has to be a better way.”

With WeLink, we’re creating a new wave of internet service. A service that delivers consistently fast speeds, better WiFi, straightforward pricing, and quality customer service. With our Wireless Fiber technology, we’re taking power out of the hands of big internet monopolies and bringing it to you and your neighbors.

Empower others with internet freedom.

Our mission is to provide low-cost, environmentally conscious internet that improves our customers’ lives and empowers them with internet freedom.

Just because your internet is fast, doesn’t mean it has to be expensive. We believe in providing lightning-fast internet at a disruptive price point without any of the lame hidden fees or inflating rates.

The world would be a better place if everyone had access to high-speed internet. That’s why we obsess over things like redundancies, security, and download/upload speed.

Our infrastructure isn’t built and owned by shareholders or a giant bank… it’s built and built by our customers! Because of this, we have a genuine interest in keeping customers happy and satisfied with their service.

We are an “Alternate 5G” network. While we have the same gigabit performance, we operate at 10,000 times less power than standard mmWave 5G Radios.

WeLink In The News

“For the vast majority of American homes, there’s no choice of how customers get their internet access. It seems obvious the market needs more choice and competition”

Our leadership team is comprised of experienced industry professionals who have a true passion for creating new and revolutionary wireless technology. Our objective is simple–be the best ISP you’ve ever had.

Kevin is currently CEO of WeLink. Previously first as VP of Technology, then as Chief Strategy Officer, he developed both the technology and go-to-market…

Luke Langford is an experienced growth executive who has built successful organizations. As Co-Founder and former Chief Operating Officer of Vivint…

Jeremy Sabin is an experienced HR Executive with over 20 years of experience. In his most recent role, Jeremy was the Chief Human Resources Officer at Vivint Solar…

Mark has more than 20 years of experience in the wireless industry, gained in a range of multinational, strategic, commercial, and technical roles…

Mike joined WeLink with a deep understanding of how to design, build, and operate large scale IP networks.  He has over 20 years of telecommunications…

Mike joined WeLink with a deep understanding of how to design, build, and operate large scale IP networks.  He has over 20 years of telecommunications…

Let's Link up and Get You Connected!

Go ahead and make the switch to a better internet provider.

WeLink is backed by leading technology investors who are true partners in innovation and wireless connectivity. 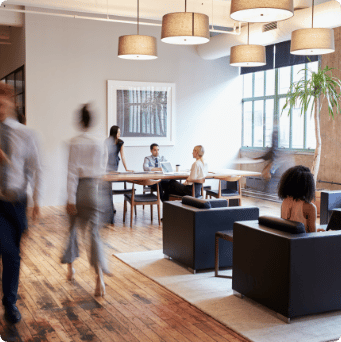 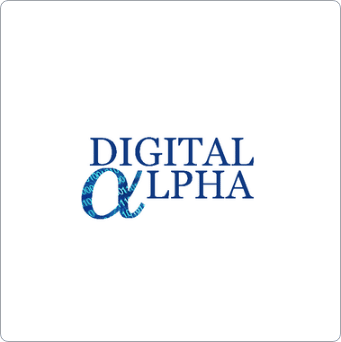 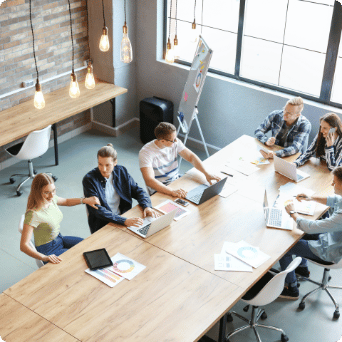 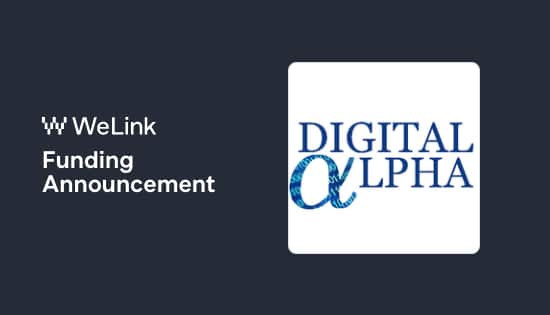 New capital will be used to expand WeLink’s footprint into new markets, giving consumers and businesses a better choice for gigabit internet…

Kevin is currently CEO of WeLink. Previously first as VP of Technology, then as Chief Strategy Officer, he developed both the technology and go-to-market strategy for Vivint Internet, one of the highest capacity fixed wireless networks deployed in the US.

He pioneered using mmWave technologies and small cell micro- pop network architectures, combined with a crowdsourced site acquisition model that reduced small cell deployment costs and time to market by greater than a magnitude of order.

This model was field proven with many thousands of sites deployed commercially in multiple US states, in what was one of the largest small cell fixed wireless deployments in the US.

Kevin is recognized as a thought leader in this industry and as early as 2005 correctly predicted the trend to small cells, mmWave, and other key 5G technologies. With 10 issued patents and over ten years of experience, he has successfully solved what today still remain the key challenges to mmWave 5G deployments.

Luke Langford is an experienced growth executive who has built successful organizations.  As Co-Founder and former Chief Operating Officer of Vivint Wireless, Luke led all aspects of execution as the business scaled from Kevin to Kevin & Luke, to 450 FTE with customers across several states and metro areas in only a couple of years.

Most recently, Luke was SVP of Strategy and General Manager, Lucidpress at Lucid Software, a Series B stage SaaS company that provides next-generation productivity applications growing revenue at 100% YoY.

He began his career in strategy consulting at Innosight, a firm founded by HBS Professor and world-renowned innovation thinker Clayton Christensen, where he helped Fortune 100 companies develop new businesses and take innovative products to market.

Luke holds an MBA from Harvard Business School, where he was a Baker Scholar and a BA in Chemistry from Harvard College.

Ahsan Naim is a seasoned wireless technology strategist with years of radio access network planning experience for the largest US mobile operators and equipment vendors including Sprint, AT&T, and Ericsson.

He has more than 85 issued US patents in the areas of 4G/4.5G/5G wireless technology and author of published research work in peer-reviewed international Journals. He received MS and Ph.D. in Electrical Engineering from the University of Texas at Dallas in 2007 and 2014 respectively.

Jeremy Sabin is an experienced HR Executive with over 20 years of experience. In his most recent role, Jeremy was the Chief Human Resources Officer at Vivint Solar, a publicly traded residential solar integrator. He was responsible for leading the company’s people strategy, including compensation and benefits, learning and development, and talent acquisition. Under his leadership, his team hired at a pace of over 2,500 employees per year.

Mark has more than 20 years of experience in the wireless industry, gained in a range of multinational, strategic, commercial, and technical roles. Before joining WeLink, Mark led the commercial and consulting activities of CBNL, expanding the business internationally to create the world’s largest footprint of licensed mmWave deployments whilst also securing new funding to introduce unique radio solutions for tier 1 operators in the USA.

Prior to CBNL Mark worked with Apertio and Nokia where he was responsible to ensure delivery of the international expansion plan as part of the sale of Apertio to Nokia for $205M.

Mark also worked for both for AT&T/Lucent Technologies for 12 years focussing on building and launching various strategic initiatives including the creation of the $1Bn global business unit with Vodafone and its integration into Alcatel as part of the merger with Alcatel and Nortel.

Mark has BSc in Physics from Imperial College London and is a qualified management accountant (ACMA).

Michael Hoyt serves as Senior Vice President, Network Engineering and Operations for WeLink, where he is responsible for network engineering, network project management, and design, including operations across the WeLink network.

Mr. Hoyt joined WeLink with a deep understanding of how to design, build, and operate large scale IP networks.  He has over 20 years of telecommunications and engineering experience, serving in executive positions at Level 3 Communications and as Windstream’s Senior Vice President of IP, Voice, and Security Engineering. At Level 3, he designed, built, and sustained one of the world’s largest IP and Voice networks.

Prior to joining WeLink, he served as the Senior Vice President of Network Engineering and Operations at Transit Wireless.  Mr. Hoyt holds a B.S. from Arizona State University.

Harold Bledsoe is a seasoned executive in the fixed wireless broadband industry with more than 15 years of experience bringing innovative products to market.  He is currently VP of Product at WeLink and leading the development of next-generation mmwave solutions that provide WeLink a big advantage in the market.

Prior to joining WeLink, Harold was President of IgniteNet where he led the company to introduce the world’s first affordable mmwave 60GHz radio.  Harold was also instrumental in bringing new technologies such as TRILL to the service provider market to enable high density, multi-gigabit connections.  Harold is also well-versed in the full product development lifecycle from concept through mass production.

Harold graduated with High Honors from the Georgia Institute of Technology with a degree in Computer Engineering and has 2 issued patents specific to mmwave fixed wireless.

Before joining WeLink Chad was VP of Product Design at IgniteNet where he led the RF development, product design, and customer integration efforts.  Chad spent years on the ground with ISP’s across the world training operators how to use mmwave and guiding the product development to ensure the product met customer demands.

Chad graduated from the University of Nebraska with a BSEE and a specialization in RF Engineering.  Chad has 6 issued patents across various fixed wireless platforms.

Bryson Nelson joined WeLink from Northwoods Energy, an upstream energy start-up backed by an $880mm equity commitment from Apollo Global Management.  As VP of Finance and Corporate Development and a member of the founding management team, he developed and led all of Northwoods’ corporate finance and business development functions, including corporate modeling and budgeting, treasury and liquidity management, debt and equity financings, quantitative analytics, and M&A activities.

Prior to joining Northwoods, Bryson was an investment banker in Citi’s Global Energy Group, where he advised on $35bn of closed M&A transactions and $3bn of capital market offerings and was previously a Private Wealth Advisor at Morgan Stanley.